Love. Boy meets girl. Sparks fly, they fall hard for each other. A predictable crisis, which they overcome with their six-pack abs and hot burning eyes. Exchange rings/vows. Promise to honor and cherish. For better or for worse. A lilting tune, some clichéd gyaan and they waltz into the sunset, leaving us sitting in the audience, wishing we all had a love like that.
A lot of movies/books are written keeping the female audience in mind. They make the heroine deliberately bland so that we can mentally insert ourselves onto that empty canvass and imagine that Ranbir is speaking those burning words of passion into our ears. Filmmakers want us to buy their drivel and what sells better than fantastical and grandiose expressions of love and sex. We come out of the cinema halls smiling because just for a moment, we actually had a different, far more exciting life.
So here's the bad news.
That kind of love? DOES NOT EXIST. And even if it did, you would be so tired of singing in different Sabyasachi sarees every 30 minutes, that you would shut that sh** down yesterday.
True love is real. No doubts about that. But it isn't beautiful and dreamy. At least not all the time. And especially not if you're past the honeymoon first year. Add kids+sleep deprivation+financial woes+work issues and all of you deserve a medal for waking up every morning not wanting to kill your husband.
And just like that, a couple of years pass by. You're busier and angrier. Starving for some attention from him, but reluctant to take the first step. You think the man you're sleeping next to isn't the same hot guy you loved and married. He doesn't look the same, doesn't smell the same and OMG must he snore so loudly? You're so busy making your family- your small, fragile family, that you stop believing in love. It's convenient. You tell yourself that this is natural. Hey, you're a mother now. Who has time for impromptu dates and sneaky sex when there're kitchens to be cleaned and Parent-teacher meetings to attend? You're stuck at Point A. Busy, harried, on the move. But stuck, still the same.
So what's next?
Well, here's the good news. IT GETS BETTER! There's light at the end of the tunnel. And you know why?
Because it isn't always going to be this way.
Kids grow up and don't need you to wipe their butts and clean their noses. You figure out how to balance family and work. You decide that you're done with your in-law issues and move out of the ancestral home. You're saving some money and retirement doesn't seem so scary after all. Maybe even a yearly trip out of the country? That seems possible. You're finally at point B and you look down in surprise and see yourself holding your spouse's hand.
But how do you get from Point A to Point B? Is there a magical road you can take? A quick fix?
Well, no. Nothing important in life is ever simple. On the contrary, love is hard. And married love is harder.
But somewhere along the line, somewhere in those middle years of marriage, a Light Bulb goes off in your head. Maybe it's a book you come across. Maybe it's the shock of seeing a friend going through a divorce. Maybe it's the death of a loved relative. Maybe it's these words you're reading right now.
But suddenly, you decide that enough is enough. You WANT to fix your issues and your challenges. You WANT to stop being miserable. You WANT to fall in love with your husband all over again. And when you make that decision missy- that's when your marriage is born again.
So get there already. Move those mountains. No shame in asking for love. No stigma in fighting for your marriage. Hard work never hurt anybody. And you're stronger than you know.
Look at your husband. No really, look at him. See the man who bought you a dozen roses. See the man who changed 3 buses to meet you for a few minutes. See the man who fought with his family to marry you. The man who cried happiness when your child was born. The man whose hair is graying, whose waistline is expanding and whose life is passing by while his wife cries herself to sleep. He's not perfect, but at least he's still here. A hundred challenges in his day and he's still here. So fight for him and his beautiful wife who deserves so much more than the cheap thrills of sappy movies.
Love. Not the shiny, glamorous, type. That kind is brittle and will break at the first sign of trouble.
But the gritty, scarred, taped together love that will survive earthquakes and storms. This kind of love isn't pretty to look at. It doesn’t come easy. But, if you're lucky enough to fight for it and find it, it will last you till the end of your days. And then outlive you a million times over. For better or for worse.
Boy meets girl. Sparks fly and they get married. They kiss, they hurt, they cry, they lose.
Until that light bulb goes off.
And that. That is when the movie really begins. 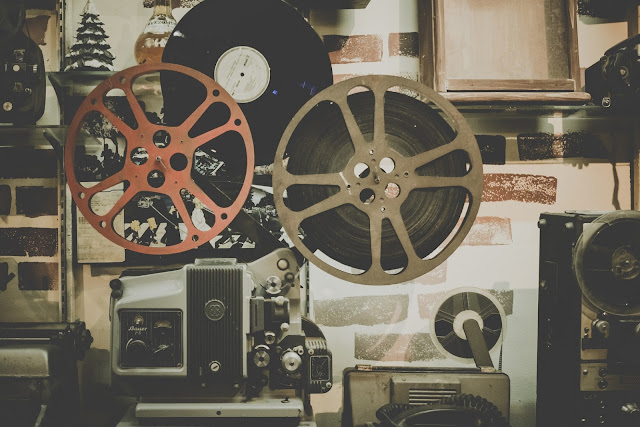