The day my grandfather became my hero. 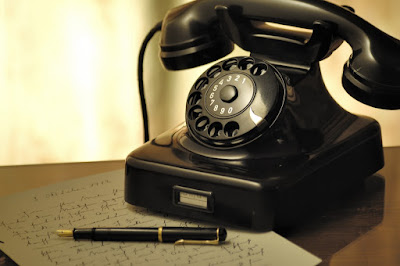 Every month, I see-saw between being a cleanliness freak and a complete slob. Growing up, I had an aunt who was a bit of a germophobe. She spent many a summer day (and night) cleaning obsessively, oblivious to the whispers and smirks of adults and kids alike. Well, even that aunt would be impressed with my performance when I'm in "Cleaning mode". I wash, sweep, scrub and polish until everything is gleaming. The floors, countertops, appliances and even the house plants (who try to tiptoe away from my trusty duster) need to be spotless and smudge free. Everything must sparkle!! I don't consider it a job well done if there isn't at least one argument with an annoyed spouse or one sore butt because someone slipped and skidded off my shiny floors. This is how I am for 3 weeks of a month.
The remaining one week isn't pretty. Literally. One day I wake up, and it all changes. I yawn and slouch to the kitchen, wiping my drool off with the sleeve of my pajamas. I eat jam straight out of the jar and put the sticky spoon on the counter. I look at it for a while and then shrug. "Eh," I think while shoveling breakfast into my mouth with the same sticky spoon. And that's the start. I stop wiping, I stop mopping and dust accumulates at an alarming rate on every possible surface. Over the next few days, various parts of the house slowly disappear under a patina of grime. The fridge looks like a bizarre painting of smudgy fingerprints. The furniture has interesting patterns of food stains and the houseplants look like they have dust mustaches. Small creatures walk around leaving billowing dust storms in their wake as they hurry to draw on walls with garishly bright markers. I regress into my inner cave woman, communicating mainly via grunts and hoots. The kids scurry away to destroy another room. Groaning, I lean back into the dried ketchup stain on the couch and stare lazily at the cobwebs on the ceiling.
The other day I was doing exactly this( in addition to seriously picking my nose) when I heard a familiar tone buzzing somewhere. I dug and poked around a pile of random stuff ( some shoes, a slinky, a bra with its underwire poking out and what I'm sure was a furry animal of some sort) when I found it. I peered at my phone and answered the call. It was an old friend, who happened to be in the area and spoke with this earnest chirpy voice which was giving me a slight headache. "Could we please meet for a chat?" I gulped. Time seemed to be on pause as I looked around at the post-apocalyptic mess I called my living room. I almost breathed out an old practiced excuse when I heard the word “Starbucks”. “Oh yes”, I gasped, gallantly offering to buy her breakfast in a flood of relief.
After an intense scuffle with a hairbrush and an old tube of lipstick, I ran over to meet her. We exchanged pleasantries, ordered our overpriced lattes and sat down for a chat. Turns out, she had what sounded very much like depression. She talked, and I listened. She spoke of numbed emotions and stress eating. About fits of rage and crippling lethargy. She didn’t care about books or clothes, makeup or a clean house. At this, my ears perked. I asked her to expound on that last point. She said she felt no desire or joy in keeping the house tidy. "Left to my own devices", she intoned listlessly would just lounge in my yoga pants and eat chips".
A pause. Then trying not to sound too eager, I asked: “Do you want to go somewhere more comfortable?”
So a short while later, she accompanied me home. “Ta-da!” I said waving carelessly at my cluttered living room. “Feel free to leave your shoes on and pick a book of your choice. Make yourself at home!” She stared open-mouthed. At the mounds of unfolded laundry (now almost as big as a well-fed child). At the crumb-covered countertop and the pile of dishes sitting forlornly in the sink. Even the houseplants looked away shamefacedly. Finally, her gaze rested on my beaming mug, as I tried to help her towards the nearest surface not covered in toddler socks.
Her face broke out into the biggest smile. And she said, “Do you have potato chips?”


Author's note: The author has taken liberties with exaggeration. She promises that she is not that severely sloppy during "the week that my uterus almost kills me". She offers up her children as witnesses to this statement (if you can find them under the small mounds of Lego+Peppa debris in every room. Goddamnit kids!) 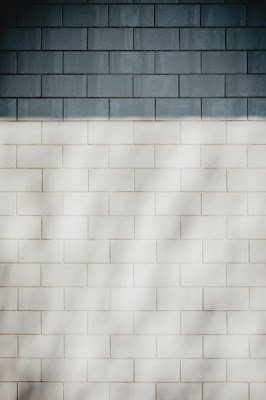 I sometimes feel I'm living 2 lives. Two personalities. Like Beyonce and Sasha Fierce, except I'm not that talented.
One where I'm a fully functioning adult. Responsible, conscientious and perfectly capable of not breaking a sweat when a moderately grimy 3-year-old wants me to come and see the "cake" she made me (ingredients: mud, sticks and my freshly laundered bed sheets). I smile and nod efficiently and always know where every toy/shirt/car keys/crayon has ended up. The world sees me as such a good mom and general human being, and I kind of dig myself then too!
And then there's the other me, where I am walking around,  screwing up, jumping at small noises. Yelling when I could have been gentler and crying louder than my preschooler. Both hoping and fearing that any minute someone would tell me "Sorry ma'am, there's been a mistake. You are clearly incapable of ADULTING. Return your adult card and we'll see you next year!".

There's nothing worse than criticism, especially if it comes from a deep, dark place inside of you. That cold, cruel voice. Constantly telling you to stop slouching and Ohmygoodness, you've really gained some extra poundage around your tummy haven't you? That second alter ego is a real bitch. Unfortunately, she's me so I have to live with her and her hissing rebukes. She makes me second guess myself and I hate her for it.
So do you tell your inner self to shut up? I've tried so hard, and that doesn't work. I've read self help books and self esteem books and even a couple of "self-introspection" books and none of those pages had an answer either. The best I gleaned from them was to ignore that voice or try to drown it out with success and joy.

With a lot of work, I've come to a peaceable solution. I've learned to coexist with my inner voice. I don't squash the negativity and I don't suppress the undesirable comments. Instead, I let that voice say whatever it wants and let those words wash over me. "You think I'm too fat? Ok... good to know. I'm not a good enough mother, you say? Interesting, but not soul-crushing."

My perfect day is not when everything goes my way. It's not when I love the number I see on my weighing scale or when I write the most sublime short story.
It's when I breathe deeply and come to that sweet spot where I'm happy, even though I'm having an otherwise shitastic day. No tantrums and no whining repress those blooming buds of joy in my heart. I am even-keeled and confident, able to laugh at mistakes or having a cleansing cry about them. I'm able to yell at my kids without feeling like the worst parent ever because I know that in a minute, I will calm down and talk to them with more respect. I can quibble with my husband or eat an extra helping of cake, because, hey - there's no problem some candles and lingerie will not fix.

As I grow older, I am starting to love myself more. Accepting myself as I am is easier and frankly less work. I don't fight to fit societal/parental/Desi norms and it is honestly such a relief.

Yesterday was particularly hairy - I had not one, but 2 kids meltdown about trivial stuff and my husband had to be away on emergency call the whole day. The score at the end of the day wasn't perfect. I had lost my temper and issued consequences no less than 3 times and at least one child decided to go to bed without finishing their entire dinner. But yesterday, I also doled out more kisses and hugs than usual. We learned some useful life lessons and made some lovely memories. All in all, a win, no matter what the scorecard says.

I sometimes feel I'm living 2 lives. Two personalities. But now they co-inhabit, careful not to overstep their boundaries and throw me off kilter. I need both of them. One makes me flawless and successful while the other makes me flawed and human. There's no knowing which version of me will wake up stronger than the other on a particular morning. And honestly, it doesn't matter. Because there's always tomorrow. 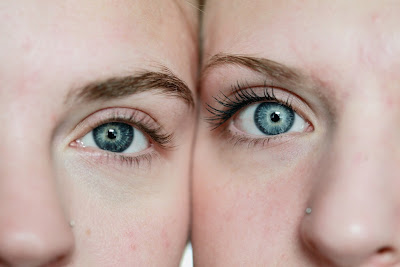