The woman hitched up her skirt and continued kneading the dough. Her kids ran around, chasing each other in a quiet pantomime of the real game. They knew too well about bruises and broken bones - presents from their father if they were too loud. The woman cast a sour glance at her husband, asleep in the corner of their shack, his skinny chicken legs peeking out from under his discolored Long Johns.
Outside, the snowstorm raged on, driving the sky to an ugly gray color.
Rather like one of my bruises, the woman thought, with a little flash of anger. She rubbed the small of her  back (which still hadn’t recovered from the “rearrangement” her husband had done two winters ago).

“Mama Mama”, a little voice squeaked next to her.

The woman didn’t know what to make of that. Mice? In this Russian winter? Her first thought was the beating her husband would give her if he noticed any holes in his sweaters. Ivan didn’t care about clothes, but when the days were dark and the air was cold, he was quick to anger and quicker with his hands.
of her reverie, by fingers tugging on her skirt.

“Yes, they do. They wear thick shoes, made of wool felt. How else will they walk on the snow, ?”

Mila stared at her and then nodded thoughtfully. Then she padded away silently, to share this information with her 2 younger brothers.

That evening, Ivan woke up with a small smile on his face. And just like day follows night, the woman got one of the worst beatings of her young life. There had been no warning signs, this time - no anger, no yelling. He sat smiling like that throughout dinner and when she'd cleared the last plate away; he had spoken with his bony fists. The smacking sounds reverberated through the small shack as the toddler boys mumbled in their sleep and their big sister whimpered under her sheets. No warning at all. Because when the days were dark, and the air was cold, Ivan didn't need a reason.

The next morning, she woke up before she meant to. She'd dreamt of Mila running through lush prairie fields, holding a tiny mouse. The mouse was wearing a pair of wool felt boots. There had been no fear in Mila's face, as she giggled and kissed the little creature.
Smiling at that quickly fading image, the woman got up with a groan and limped to the window. The snow had stopped, and the world outside looked beautiful and pristine. Like one of those postcards she'd seen at the railway station.

The children , so she set off to work. She didn't bother with spades or digging; the ground was far too frozen for that. She limped to her backyard, where Ivan's father had drilled an artesian well, (that had long gone dry). She lifted the cover and peered inside. Nothing except some rustling and chittering. Maybe mice, she thought and a dark giggle escaped her bruised throat.

An hour later, she .  into the well. His head had taken longer to move because she had gone a little crazy the night before. "Like being kicked in the face, Ivan? Answer me, my dear dead man" she hummed. Another fit of giggles and she had to sit down, so she wouldn't scream.

She was cleaning her shoes when Mila woke up. She watched her mom sing and smile, her face both tired and radiant under the scars of last night. She looked around and couldn't see her father. And her first emotion was .

The woman looked at Mila and held out her hand.

", do you want breakfast? It'll just be us and your brothers today."

"Papa?" asked Mila, in a tremulous voice, as her fingers traced the lattice of scars on her legs.

"Papa has gone to the snow, Mila. And I've told him not to come back."

For a moment, the woman worried. Would Mila hate her for this? Would the boys miss their father?

A hug so big answered her it broke her heart and mended it all over again.

That evening, Mila sat by her window kneading the dough again. The children played around noisily, easily. The house seemed cozy, yet somehow largerThe woman heard herself laugh out loud many times, a sound both warm and foreign to her. She leaned back and cried a few tears too. And by bedtime, as she tucked the kids in, she felt the first glimmer of hope.

"Da, my Mila. What is it?", she answered drowsily.

The woman thought before answering. Her children, peered at her from under their bedcovers, their eyes large and filled with wonder.

She looked down. At her rather delicate feet, covered in ancient, thick boots.
Boots made of warm wool felt.

And as she stared at the faint red stain on her left sole, she murmured,

“When the days are dark and the air is cold, all the mice wear shoes. Shoes of warm wool felt. How else will they run on the snow, ? 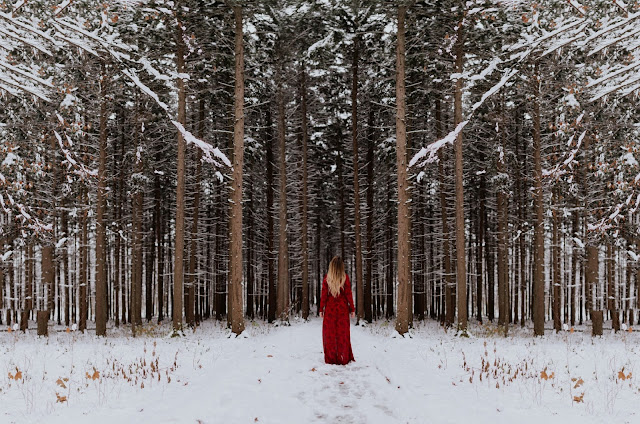