Its 7 pm. Your child is yelling his head off because he does not want to hop in his bath. Tears are running down his face leaving clear trails in all the grime. Bribes have been offered. Voices raised in despair. Visual schedules and timers have failed to move him. He does not want to have a bath and that is it. You're exhausted and stunned by the intensity of his tantrum. Unfortunately you cannot budge and you cannot give in because you're scared that it will set a precedent : Mom's a pushover. But you also know that this tired little boy is soon approaching meltdown junction, where all bets are off and nobody wins.

You take deep breaths and tell yourself its not about you right now! How do you help him navigate this ? He loves bath time. He loves water. He'd practically stay at the pool if you'd let him. So why is it suddenly so hard for him?  Why does this bright boy who can do math in his head and talk at length about how to build an airplane struggle with a simple concept of "grimy body = needs bath".

Its impossible to be truly mindful and empathetic at all times. When kids have a meltdown, it's far more natural to gnash your teeth, blame autism and hunker down till the storm passes over. Heck, I do that more often than I like to. I'm not one of those evolved moms who have a handy bag of tricks and snippets of wisdom.  But here's what I do know: Autism cannot be wished away. Some kids outgrow their diagnosis with age. Some kids progress to the point of being virtually indistinguishable from their NT peers. And some kids continue to remain visibly or subtly on the spectrum. The day will come when your child may question you about autism or start to read about it in the media.That's the day you want to prepare for.

That's the day that's keeping from losing my mind and having my own meltdown.My son already knows the word "autism" pretty well. We have a lot of “autism positive” clothing we all wear. He knows its something to do with the way he sees the world. He’s 7 but he knows that he is different. I’ve tried very hard not to show him how much the autism label terrifies me sometimes. On those dark days when its an avalanche of upsets and behaviors, I do my hardest to not blame autism because, lets face it - that would be a very slippery slope. “Oh he’s not engaging well today - autism!” or “why won’t he just socialize - autism”.  By the very nature of how it is defined, I find it easy to use autism as a catch-all reservoir of reasons why my son isn’t doing well on any given day. So I work extra hard to look at my son as who he is, autism and all. Sure he's  autistic. That's a core part of who he is, but not all that he is! He’s a happy, smiley, moody, chatty, sometimes angry, sometimes feral (:P), always silly little 7 year old who also happens to have autism. He is not defined by his diagnosis, rather he uses it both as a strength and as a reason why its sometimes OK to have a good old meltdown.

Autism is a warship our kids need to steer all day everyday. Sometimes they take prisoners and sometimes they get knocked around a bit, but it is an integral part of them . And that is what I try to live by everyday. I need to be by his side and help him work out some of the kinks in his day. But more importantly I also need to let him feel his way around new experiences and learn to handle some of those new challenges himself. His tears teach him as much as his successes do. As a mom (who has an advanced degree in helicopter parenting), that is awfully hard for me to accept. He bounces back easily from those tumultuous moments, while I'm still jittery 2 hours later. Because again, its not about me, its about him. He's the one who has to fight in the trenches, while I stand by in the far outfield. Because when he’s 13 and we have a grown up discussion about autism, I don’t want him to remember my tears and worries, but rather my awe at how far he has come.

I wipe some of my own invisible tears and sit down on the floor with him. His angry body is starting to calm down. I give him deep squeezes and offer him choices of a quick shower or maybe a plastic bath tub in the backyard. I sprinkle some water on him which makes him giggle. He's back. He's happy to jump in the bath I originally ran for him because that's how fast he can rebound. He will be OK. Tired and spent, but OK.
And so will I.

The best type of kindness 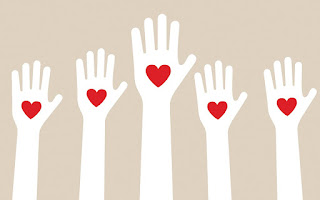 We're all mostly decent human beings. Sure, we have our own belief systems and our preferences, but at the end of the day, none of us is kicking puppies for funsies. We have our special moral compass of right and wrong and we like to think that we want to be kind and good to each other.

Every religion talks about kindness. Be kind to your neighbor or be kind to someone less fortunate.Do no harm and so on.But what is kindness? For almost all of us, being kind involves doing good deeds and making an effort for someone else. It also means we choose not to be inconsiderate and cruel. And most of us, by that definition, are champions of kindness. We feel good and noble and pat ourselves on the back for a job well done. "Look how awesome I am, I passed on some great advice about parenting to that young mom", or "I'm proud of how I treated that homeless guy - I gave him a dollar AND a smile"

But often this kindness goes unrewarded. We think we're doing such a great job being kind, but we forget that kindness and compassion isn't so much about us. In fact, it shouldn't be about us at all. A true act of kindness is about the person it is directed to.

When I first shared publicly shared my son's diagnosis of autism, I had a lot of people tell me "I'm so sorry. It must be so hard for you". Or " How could this happen to you?" Or my personal favorite " God gives special children to special people".

See, these people think they are being kind. I know they mean well. They assume that by showering sympathy or crying tears of grief for our "situation" ( yes, there were a few of those, God help me!), they were being compassionate.

I did not ask for sympathy. Why do you feel sorry for me? Are you shedding those tears because my son has autism? Does that make it ok for me to cry at how your child's head resembles an oversized melon?

And whatever your belief system, the big Guy above did not look down at me and say " Oh there she is. A beacon of patience (HA!). Let me give her this child". It does not work that way. I'm not Supermom. Autism happened to my family, and we're dealing with it the best we can. My son has his moments and he drives me up the wall, but he is not a "special, pure soul". He's brave and curious, loud and headstrong, but at his core, he's your average 6 year old who loves cars and video games and annoying his little sister. Don't make him out to be a victim or someone you feel pity for.

So in essence, if you want to be kind to me or my sisterhood of special needs moms ( or any parent really), there's a really simple formula with pretty concrete do's and don'ts.

And now for some Do's which are actually pretty easy.
Do:
A lot of the above is autism specific, but can be applied to any life situation really. Being kind is being mindful of another person's perspective. It is about making an effort to listen. Its about allowing a person to make their own mistakes and learn from them. Its being nonjudgemental about another's choices and resisting the urge to impose your will on them.
The best type of kindness is knowing when to speak and when to support silently.
at June 05, 2017 No comments: